The Seductive Nature of Subjectivity in Ethics

The acceptance and use of subjectivity in ethics by humans almost always leads to the escape clause by which "we" and our actions are the just and necessary exception to traditional moral rules. Often those who adopt this way of ethics even claim their actions are the most loving.

Yes, lying is usually morally wrong, but in some cases, it is necessary and the most loving act to do. For instance, I needed to lie...because...

Yes, suicide is sometimes good, because my act will bring about good for others.

Yes, torture is morally wrong for the enemy to do, but because we, the Americans, are the good guys it may be necessary for us to do this to those who are bad.

President George W. Bush: "Another technique was waterboarding, a process of simulated drowning. No doubt the procedure was tough, but medical experts assured the CIA that it did no lasting harm." 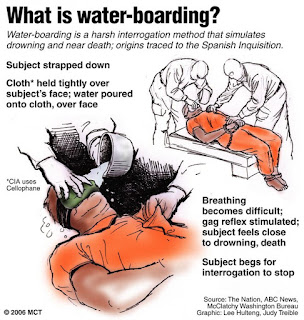 "Had I not authorized waterboarding on senior al Qaeda leaders, I would have had to accept a greater risk that the country would be attacked. In the wake of 9/11, that was a risk I was unwilling to take."

Merriam-Webster Dictionary: torture-- “the act of causing severe physical pain as a form of punishment or as a way to force someone to do or say something.”

UN Convention Against Torture: “torture” means any act by which severe pain or suffering, whether physical or mental, is intentionally inflicted on a person for such purposes as obtaining from him or a third person information or a confession… when such pain or suffering is inflicted by or at the instigation of or with the consent or acquiescence of a public office or other person acting in an official capacity.
U.S. Constitution: no “cruel and unusual punishment”
And it is against the Geneva Conventions.

Presidential Candidate Ted Cruz: “Under the definition of torture, no it’s [waterboarding's] not” [but] I would not bring it back in any sort of widespread use.”

"His sufferings must be that of a man who is drowning, but cannot drown." -Lt. Grover Flint, Philippine-American War
waterboarding.org
--

“The self-immolation of Norman Morrison had been a violent act of love
that brought
diverse people together in strange and unexpected ways. It connected them
through a bond of unimaginable sacrifice that reached from Washington to
Vietnam, from the heart of peace to the heart of war. 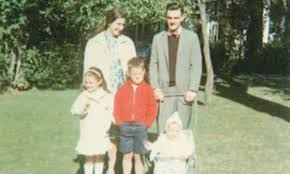 Moreover, there must have been many more, including in Washington, whose consciences were
awakened by Norman's self-immolation, even in the Pentagon."
Norman’s Triumph: The Transcendent Language of Self-Immolation
by Nicholas Patler
Quaker History, Fall 2015

On the contrary! Violence can never be an “act of love”!

Especially not lethal violence--the intentional killing of others or one's self.

Violence even in its denotative meaning is to “violate” whether the violence is against others or self-inflicted.

What a misuse of linguistics! War isn’t peace, suicide isn’t a "violent act of love"… 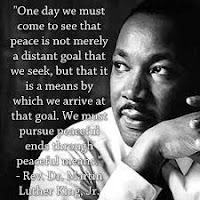 A Quaker stating that suicide is a "violent act of love" sounds like the absurd language of the U.S. government, “we had to destroy the village to save it.”
"'It became necessary to destroy the town to save it', a United States major said today.
He was talking about the decision by allied commanders to bomb and shell the town
regardless of civilian casualties, to rout the Vietcong.
Major Describes Move."
New York Times. 8 February 1968

And consider the horrific thinking of Joseph Fletcher, professor
of Christian Ethics at Episcopal Divinity School, who even advocated
the slaughter of many thousands of civilians including children
by atom bombs as a loving act! 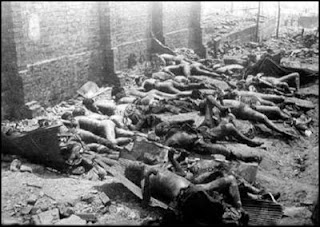 Furthermore Fletcher had this to say about killing Down’s Syndrome children:
"People [with children with Down's syndrome]... have no reason to feel guilty about putting a Down's syndrome baby away, whether it's "put away" in the sense of hidden in a sanitarium or in a more responsible lethal sense. It is sad; yes. Dreadful. But it carries no guilt.”

“True guilt arises only from an offense against a person, and a Down's is not a person."
Bard, Bernard; Joseph Fletcher (April 1968). "The Right to Die".
The Atlantic Monthly: 59–64.


Work against this "ocean of darkness,"