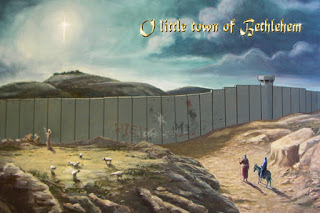 Bethlehem's still missing the star and cradle...the news is so tragic, more of the same--

like this poem concerning Christmas in Jerusalem and Bethlehem in 1974--

Weird Christmas Eve 40 times past
With no holly, blinking red or green lights,

"A Palestinian attempted to commit a vehicular terror attack on Friday afternoon during rioting in Silwad in the West Bank. He was shot dead by soldiers. No other people were wounded."

Palestinians in car attacks--run down Israelis and kill them. 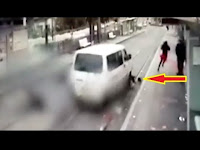 
"Violent clashes broke out between dozens of Palestinian youths and Israeli forces near the Bilal mosque in Bethlehem on Friday. Israeli forces fired tear gas and live bullets at youths." 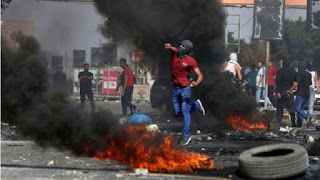 "Towering walls and militarized fences now encircle Bethlehem, turning the 4,000-year-old city into a virtual prison for its Palestinian Christian and Muslim citizens. Bethlehem has only three gates to the outside world, all tightly controlled by Israeli occupation forces."
http://www.ifamericansknew.org/history/bethlehem.html

"Israel has confiscated almost all the agricultural land in the area for illegal settlements, making it impossible for many Palestinian farmers to continue tending their land. Outside the town, the fields where shepherds once watched their flocks are being filled by Israeli housing blocs and roads barred to the descendants of those shepherds."

*BETHLEHEM, West Bank (RNS) The Palestinian Authority has asked municipalities to tone down their public Christmas celebrations this year amid escalating violence between Palestinians and Israelis."

"Hanna Amireh, who heads a government committee on churches in the West Bank, confirmed the Palestinian Authority is requesting “a certain decrease” in festivities following the deaths of dozens of Palestinians since mid-September. The majority of them were killed during clashes with Israeli forces or carrying out terrorist attacks, according to the Israeli government."

"Amireh said the government has asked the municipality of Bethlehem, the town where Jesus was born and where official Palestinian celebrations of Christmas take place, not to set off holiday fireworks this year and to limit the festive lights and decorations that traditionally adorn the town to two main streets."
November 30, 2015
http://www.religionnews.com/2015/11/30/palestinian-authority-limits-christmas-celebrations-west-bank/
--

"Several stabbing attacks against Israelis occurred in and around Jerusalem Monday. In one instance, two Palestinian girls with scissors wounded a 70-year-old Palestinian man, thinking he was Israeli. One of the girls was killed by police.
The two girls, aged 14 and 16, stabbed the man with two pairs of scissors on Jaffa Road, a main thoroughfare between East and West Jerusalem. The attack caused wounds to the victim's head and back."

"The 16-year-old attacker was shot and killed by an Israeli police officer, while her 14-year-old accomplice was shot and wounded. Police said the two girls were related."
https://www.rt.com/news/323141-palestinian-israeli-stabbings-jerusalem/


Oh unholy night, where is the starred light?