The Confused Semantics of Atheism and Theism

the absurdity of so much dialog between Atheists and Theists: how human language interaction is so complex and complicated that two humans can talk to each other for hours appearing to share their own contrary philosophical, cosmological and ethical views, YET completely misunderstand each other--
TOTALLY. 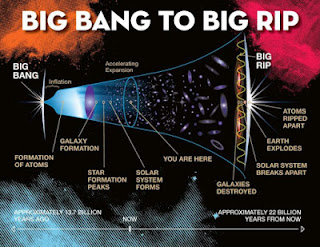 Is the universe, or multiverse meaningless? Purposeless? Pointless?

Does ONLY matter and energy exist forever?

Point #1: Years ago, the famous Christian theologian Paul Tillich claimed that most people who think they are Atheists, aren't really Atheists but actually believe in God! Huh?

Then there's Martin Gardner, co-founder of the modern skeptic movement, who wrote in his book, The Whys of a Philosophical Scrivener that Tillich was actually an Atheist!

Side Note: Recently, several Atheists told me, personally, that I am "really an atheist."

Of late, a popular statement on Atheist websites is that every human infant is an "Atheist"!

LOL;-) Infants don't have the cognitive ability at their birth to decide philosophical questions.

Back and forth go thinkers labeling others, often contrary to the others' clear affirmations.

As a retired teacher, I tend to go with the common dictionary definition of words:

What is an Atheist?

Merriam-Webster Dictionary:
Atheism--
a disbelief in the existence of deity
b : the doctrine that there is no deity
--
1570s, from French athéiste (16c.), from Greek atheos "without god, denying the gods; abandoned of the gods; godless, ungodly," from a- "without" + theos "a god" (see theo-).
http://www.etymonline.com/index.php?term=atheist


Read the famous atheistic quote on the poster again.

I realize that George Santayana is a famous philosopher, but in this statement
he seems to have forgotten semantics, or he is trying--
like in football--
to do a quarterback reverse;-)?

Point #2: Baruch Spinoza wasn’t an Atheist,
but probably some sort of Pantheist according to most scholars
(or possibly advocating one form of panentheism according
to the French philosopher Martial Gueroult ).

“There are, Spinoza insists, two sides of Nature. First, there is the active, productive aspect of the universe—God and his attributes, from which all else follows. This is what Spinoza, employing the same terms he used in the Short Treatise, calls Natura naturans, “naturing Nature”.

Strictly speaking, this is identical with God. The other aspect of the universe is that which is produced and sustained by the active aspect, Natura naturata, “natured Nature”.”

Spinoza: “By Natura naturata I understand whatever follows from the necessity of God's nature, or from any of God's attributes, i.e., all the modes of God's attributes insofar as they are considered as things that are in God, and can neither be nor be conceived without God. (Ip29s).”
Stanford Encyclopedia of Philosophy
http://plato.stanford.edu/entries/spinoza/

Point #3: According to Santayana’s definition, Theists such as Plato, Alfred Lord Whitehead, Charles Hartshorne, Immanuel Kant, Keith Ward, the skeptic Martin Gardner, (and, yes, even the Roman Catholic theologian Hans Kung) would all be Atheists!

After all, Plato very clearly wasn't committed to worshiping the Roman and Greek mythological gods. So was Plato an Atheist? 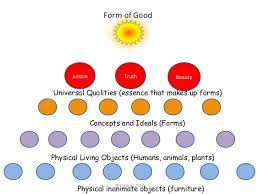 No. Plato essentially held to the eternal perfect reality of the Good.

Not atheistic at all. Not by any stretch of the imagination.

Yet some modern Atheists are Platonists!

Point #4: It seems that in these anti-theistic statements, Atheists such as Santayana are spreading a very world-wide net of what they consider non-theism to be,
but in contrast, they
highly restrict Theism to a very narrow ledge
--which amounts to only creedal Christianity,
and maybe includes orthodox
Judaism and Islam.

Try telling that to Enlightenment figures such as Thomas Jefferson, Thomas Paine, Immanuel Kant, etc. who strongly believed in God and lived for God.

Point #5: Also Atheistic leaders argue that Panentheism and Pantheism are actually not Theistic!

Hello!
Panentheism means all is IN God, or God is the mind--the PROCESS--while the cosmos is the body, physical matter and energy.

Panentheism is very transcendent, the exact opposite extreme from Atheism's naturalism.

And Pantheism means that all IS God, that God is the Universe. Albert Einstein, (as noted previously on this blog) emphasized that he didn’t believe in a personal god, but that he believed in Spinoza’s God.

All such theistic philosophical views are contrary to the definition of Atheism: “no god.”

Point #6: Then Santayana declares that he has “true piety towards the universe.”

But how can he or any human live "true piety," if the universe is only matter and energy?

The philosopher Paul Kurtz wrote a long powerful tome, The Transcendental Temptation, in which he eviscerates all religions, BUT at the climax of the book, Kurtz offers his own "transcendental" view!

But isn't "transcendental" contrary to Atheism by definition?

Point #7: All of this semantic confusion gets lost in the cosmos.

Though I am a very strongly convinced Theist, someone might consider me to be an Atheist since I agree with Santayana and Plato who both deny “only gods fashioned by men in their own image, to be servants of their human interests.”

Well, it goes even further than that. Even when I was a committed Christian for 55 years, I didn’t believe in Santayana’s narrow explanation of God.

Point #8: These semantic troubles never end. They started at least 2,000 years ago. Even Christians, sometimes, were called Atheists! Romans used to call monotheists, “Atheists” Because they didn’t believe in the Gods of Greece or Rome.

Point #9: And in the present time, some Atheists have claimed Voltaire, Thomas Paine, Thomas Jefferson, etc. were Atheists even though the very words of those theistic thinkers claim the exact opposite.

Voltaire and Thomas Paine and Thomas Jefferson were strong Theists and opposed to Atheism.

Such a stretch of semantics.

What a chaos we weave when we try and explain clearly.

I bet Alice is laughing her head off. Wait a minute, it was the Queen of Hearts
in Wonderland who shouted, “Off with their heads.”

Not so funny now that some Muslims are following the Qur'anic verse to behead people.

Point #10: Maybe we do need Atheists now to oppose Muslims and Christians who always find
justifications for killing for their particular creedal God.

“No wise fish would go anywhere without a porpoise.”
Alice in Wonderland


Let’s live in the Light,

Posted by Daniel Wilcox at 1:32 PM

A familiar discussion. I have called myself atheist and non-theist in an attempt (semantics again!) to pinpoint myself along a continuum. There seems little point in it in the end. All notional and just so many words. Using your definitions, I concede that I finally land among the theists whether pantheistic, panentheistic, or something else, I don't know. My rational mind will continue to kick and I'm sure we'll continue this conversation later (at least I hope we will because your words and challenge are precious to me), but my heart knows what it knows. Or at least it reaches for what it hopes.

Long time no read;-) I'm sure you have been a busy teacher and active with your family, but we out in Webville have missed your blogs, none since July, correct?

As for the semantics of A to T;-), yes, truly worthy of Alice. Like I wrote a couple posts back, I was flabbergasted when recently someone defined me as being an Atheist.

At least they didn't say I was a Calvinist;-)

My main concern, as you probably remember, was never about doctrine or any notions. That's a lot of speculation.

What has concerned me deeply is the reality of ethics. When Atheists repeatedly argue with me that ethics concerning rape and slaughter, etc. are only "personal preferences," I get upset. Not too long ago two different Atheists claimed that in a different situation other than earth, murder and cannibalism would be the ethical acts to do! (They were serious, not trying to get my theistic goat.)

When I was 19 at university and almost ready to abandon Christianity as a hopeless illusion, what kept me in the fold for years, despite my being a very liberal Christian was that I definitely didn't want to subscribe to the unethical views of the non-religious I knew and read about.

But I do agree with you that the terms are squiggly. And I no longer think God loves us I've begun to move toward calling God "U.R." or the "transcendent" since the word "God" has become too much of a connotative dead weight.

Thanks for stopping by.