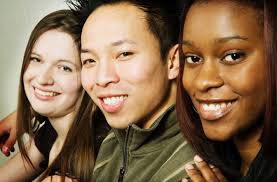 Part #1: To Act Truly Human, Be Generous—Freely Give to Those in Need

Part #2: To Act Truly Human, Treat All Others as Equal—View All Humans as Inherently of Worth and Value

Part #3: To Act Truly Human, Focus on the Transcendent—Live for the Good, Beyond the Temporal and Transient and Any Action that Is Wrong

Part #4: To Act Truly Human, Do LovingKind Acts—Live with Empathy, Compassion, and Caring for All; Cherish Others

Part #6: To Act Truly Human, Live in Fidelity--If Possible Commit to One Other Person in a Covenanted Relationship;
Reject and Resist the Wiles of Adultery, Promiscuity, Polyamory, Polygamy, Pornography

Part #8: To Act Truly Human, Cultivate and cherish community. Commune with Ultimate Reality (whatever you want to term it--God, the Divine, the Good, etc.) and commune with other humans. Share deeply

Part #9: To Act Truly Human, Live in wonder; take joy in beauty and the mysteries of the universe
(For instance, Albert Einstein
explained that he wasn't an Atheist
because, unlike them, he was enthralled
with the beautiful structure of the cosmos.)

Part #10: To Act Truly Human, "Live simply and in harmony with all of creation."* Care for nature and all of its creatures
(This ethical goal is a good alternative against
the wrong extremes--
that of Paganism and Hinduism which claim that
natural evils such as malaria are somehow "holy"
and okay!
versus
that of Secularism which too often sees
the natural world as only a thing to use,
even exploit.)


I'm working on the central concept of what it means to be truly human, not in the basic evolutionary sense, but in the ethical one, toward the transcendent goal for which we seek.

(Most of us know that we are homo sapiens, one branch of primates resulting from over 3 billion years of evolutionary history.
For a biological explanation of our species, check out my last post.)


What ethical truths should I add to the beginning list of 10?

[* Thanks to Bill for 3 more suggestions. William C. Guerrant Jr.
is a Virginia farmer and author of a book and video series,
Organic Wesley, based on his master's thesis "about
environmental ethics in the writing and teaching of John Wesley"
and on Wesley's "subject of food and ethical eating."
https://practicingresurrection.wordpress.com/] 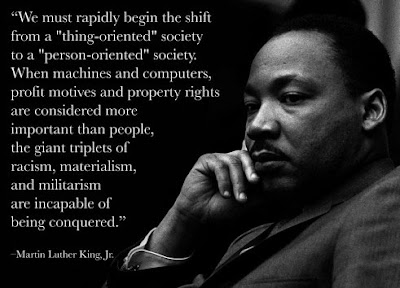 This is something well-worth thinking about deeply.

Your list is excellent, it seems to me. Off the top of my head I'd add

*live simply and in harmony with all of creation. Care tenderly for the earth and all the creatures upon it.

*cultivate and cherish human community. Work for the common good and enjoy the company of others

*live in wonder. Take joy in beauty and the wonderous mysteries of the universe.

Thanks for such great food for thought.

Bill, Thanks for stopping by and commenting. Very good additions. I will add them today.

I visited your farm website. That took me back to my childhood growing up in a tiny village of 250 people in southeastern Nebraska where my dad was a part-time pastor. He grew up on a farm so we had a couple acres of garden--potatoes, corn, vegetables, etc., but no farm animals. One year he tried raising peanuts. That was a fun but odd experience. We used our basement as a drying shed. Did the mice like that:-)

Also, I've been a fan of Wesley for many years, read his journal and some of sermons years ago, but hadn't thought about his views on the environment. Intriguing idea.

I enjoyed your nature photos.