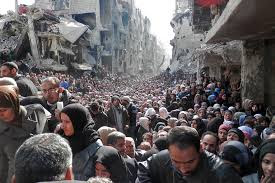 1,000 American rabbis have responded to the anti-immigration outlook of too many Americans:

"In 1939, our country could not tell the difference between an actual enemy and the victims of an enemy...In 2015, let us not make the same mistake."

"We, Rabbis from across the country, call on our elected officials to exercise moral leadership for the protection of the US Refugee Admissions Program.

Since its founding, the United States has offered refuge and protection to the world’s most vulnerable. Time and time again, those refugees were Jews. Whether they were fleeing pogroms in Tzarist Russia, the horrors of the Holocaust or persecution in Soviet Russia or Iran, our relatives and friends found safety on these shores." 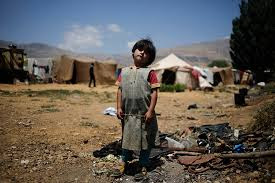 "We are therefore alarmed to see so many politicians declaring their opposition to welcoming refugees.

Last month’s heartbreaking attacks in Paris and Beirut are being cited as reasons to deny entry to people who are themselves victims of terror. And in those comments, we, as Jewish leaders, see one of the darker moments of our history repeating itself.

In 1939, the United States refused to let the SS St. Louis dock in our country, sending over 900 Jewish refugees back to Europe, where many died in concentration camps. That moment was a stain on the history of our country – a tragic decision made in a political climate of deep fear, suspicion and antisemitism.

The Washington Post released public opinion polling from the early 1940’s, showing that the majority of U.S. citizens did not want to welcome Jewish refugees to this country in those years.

In 1939, our country could not tell the difference between an actual enemy and the victims of an enemy. In 2015, let us not make the same mistake.

We therefore urge our elected officials to support refugee resettlement and to oppose any measures that would actually or effectively halt resettlement or prohibit or restrict funding for any groups of refugees."

Become a ray of Light for refugees,